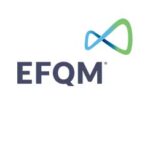 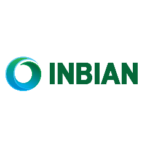 A prestigious Award Ceremony was held by INΒIAN to reward organisations with proven commitment to a sustainable future of Excellence!

The «EFQM AWARD CEREMONY 2022» was held with great success by INBIAN on 24th of November at Athens Chamber of Commerce & Industry (A.C.C.I) to award companies and organisations from the public and private sector for their recognitions in the EFQM certification programs.

The prestigious ceremony was greeted by the Minister of Finance, Mr. Christos Staikouras, the Minister of Labour and Social Affairs, Mr. Kostis Xatzidakis, the Deputy Minister of Development and Investments, Mr. Ioannis Tsakiris, the Secretary General for Tourism Policy and Development, Mrs. Olympia Anastasopoulou, as well as by the National Representative of HERA (European Health Emergency preparedness and Response Authority), Mr. Vasilis Kontozamanis and the Regional Governor of Attica, Mr. George Patoulis.

It was also a great pleasure for the audience and the representatives of the recognised companies to hear a message of congratulations from EFQM CEO, Mr. Russel Longmuir.

The first certifications were awarded to the group of 10 companies from the region of Macedonia that participated in the EU project funded by “ENI CBC Joint Operational Programme BLACK SEA BASIN 2014-2020” under the title “EXCELTOUR – Business Excellence in Tourism”, which successfully completed the “Validated by EFQM” certification program.

Subsequently, the following organisations were awarded in the EFQM Certification Programs:

Special thanks to our Sponsor: Ernst & Young (EY)